Posted on September 13, 2018 by thomasmanningmovies

For this interview project, I chose to take a look at my mom’s experiences with film and its impact on her life. I was intrigued to learn how much the world of movies has changed over the years. Perhaps one day, my kids will think the same thing about my ordeals with film growing up.

What were some of the first films you can remember seeing in theaters?

One of her memories was going to see Chitty Chitty Bang Bang with her family, although she was disappointed to fall asleep during the showing. Gone with the Wind was another film she saw in a theater as a child, a show that actually contained an intermission due to its lengthy duration. There was also The Poseidon Adventure (1972), which she described as “terrifying,” although it may have subconsciously contributed to her love of disaster films today.

What are certain memories you associate with your early theater-going experiences, whether it be family, food, etc.?

My mom went to Rogers Theater in Shelby, North Carolina to view many of these films during her childhood, and she recalls this theater containing a balcony in addition to the regular seating below. Something very humorous she touched on was the fact that she and her family always arrived to these movies about fifteen minutes late, and were thus confused as to some of the plot points throughout the film. When the show ended, they would stay for the first fifteen minutes of the next showing in order to put the puzzle pieces together. As far as theater concessions go, she remembers popcorn and soda as the main choices, but these items were a little too expensive for her family’s taste.

What types of films did you enjoy if you had a choice when you were younger?

She honestly could not remember going to see a ton of movies because of their expensiveness, but her favorites were definitely feel-good films with happy endings, which mostly fell under Disney’s umbrella.

What big-time blockbuster films did you see in theaters growing up?

She viewed classic films like Star Wars, Grease, and Footloose in their originality. The flick Amityville Horror (1979) was another memory of hers, but not exactly a pleasant one. She said that she slept in her sister’s room for years after watching this horror film. “I don’t know what was wrong with my family,” she says with a chuckle when talking about going to see this scary movie in a family outing.

How has your movie-watching experience in theaters evolved over the years?

The first theaters she went to were very upscale and fancy, with balconies, crown molding, and huge curtains. It was a privilege to attend these events. The next stage was the advent of movie theaters in malls, when they became more of a social venue, with arcade games and the like. They were more accessible to the general public. In the years since, theaters themselves have not evolved drastically, but the technology certainly has. As she used to work in a theater, she would be tasked with splicing together physical rolls of film for the show. Now, the movies are played digitally through hard drives. Another significant difference is the number of screens in a single theater. The majority of these locales had only one screen, with more extravagant theaters having two or possibly four screens. Films did not stay in theaters for more than a few weeks as well. All of these aspects combined to make movie theaters incredibly crowded places, with people rushing in to catch new releases before their exit from the cycle. These days, there are usually about a dozen screens in an average theater, with films sticking around in the rotation for months.

When did you notice evolutions in technology like VHS tapes and DVDs changing the way you watched films?

Her family did not get a VCR immediately after they came out, but when she eventually came around to them, she was amazed at the ability to pause a movie in the middle of watching it. However, her father never liked to see movies more than once, so he typically did not join my mom in re-watches of films. An amusing memory she had regarding VCRs involved renting a movie from a local video store, and then accidentally knocking the VCR off the shelf with the rental tape still in it. The tape was trapped in the VCR, leading to a pretty embarrassing phone call to the video store. 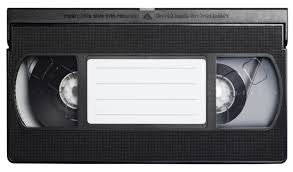 What types of films do you enjoy now? Has there been any change in your tastes?

She loved classic romantic comedies, which used to be a lot less common than they are today. There was also less of a focus on sexual themes, which seem to dominate the story in present-day rom-coms. Action films and disaster movies are genres she appreciates these days as well, although she prefers to stay away from the gorier depictions. Overall, she enjoys a good mix of light-hearted, upbeat stories, and more adventurous, action-packed films.

Any other significant comments on film?

When she was growing up, her mom once said to her, “Marry somebody who loves film as much as you do.” This could not have lined up more perfectly with her future, as her husband happens to be a movie critic. She thoroughly enjoys the perks that come along with this, such as going to early screenings of popular films. In looking at her overall view of going to movie theaters, she feels that there is no experience in the world that completely captures one’s attention like an outing to the movies. You are in a dark theater with a massive screen, and no cell phones or other distractions. Everybody slows down to focus on the entertainment.

Personally, I think the world could use a little more peace and quiet in the present times. Everybody is always working themselves ragged and not stopping to take a break. I hope that the safe haven of movie theaters never fades away as an escape from the hustle and bustle of everyday life.

One thought on “An Interview with Beth Manning”