Posted on January 16, 2019 by thomasmanningmovies

It is beyond my understanding how in the world Adam McKay managed to reel off a film this quirky, weird, and outrageously funny, yet dark, convicting, and incendiary.

Led by the outstanding ensemble cast including Christian Bale, Amy Adams, Steve Carell, Sam Rockwell, and Tyler Perry, we are shown the scheming, manipulative rise to power of Dick Cheney to the position of VP in the US. The contrast of the dark humor and scathing political satire compared to the corruption and power-thirst of US political 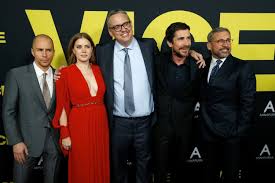 leaders was undoubtedly a fine line to tread in this film’s production, but this balancing act was expertly-handled by writer and director McKay.

In addition to the notable acting performances, another remarkably strong aspect of this film was the surgical precision of editor Hank Corwin. Full of montages, time

jumps, and flashbacks, Corwin had to bring his A game, and did nothing less.

As for the musical score, Nicholas Britell, (who has been busy working on other other projects such as “If Beale Street Could Talk”), brings a fittingly unconventional sound to the table that aligns with the film’s tone.

Greg Fraser’s cinematography engrosses the audience in the emotions of the actors on-screen, with intimate close-ups and symbolic shots that represent the situations of the characters on deeper levels.

Rounding things out, the production design crew, led by Patrice Vermette, admirably created realistic sets that flowed with the story as it progressed through the years. The hair and makeup department performed equally as impressively, as did costume

Each and every single group of the cast and crew did their due part to bring together the masterpiece that is “Vice.” This one is definitely on my personal short list for Best Picture as the Oscar race is nearly coming to a close. 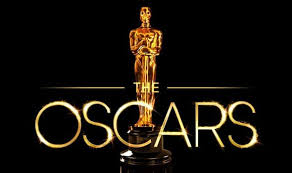 2 thoughts on “Vice: The (Somewhat) True Story of Dick Cheney”