Simply hearing the name “Charles Manson” is enough to send a chill down the spine of most people even somewhat familiar with this disturbingly vile and despicable figure. Known as the infamous cult leader responsible for the deaths of nine individuals, including actress Sharon Tate, Manson’s name is synonymous with extreme malevolence and heinousness. However, perhaps equally as distinguished is his disturbing charismatic nature and hypnotic personality which enabled him to essentially brainwash multiple young women and men into joining his commune. Charlie Says, from director Mary Harron and writer Guinevere Turner, attempts to dig deeper into the minds of three of these young women who were lured into a life of delusion, abuse, and violence. 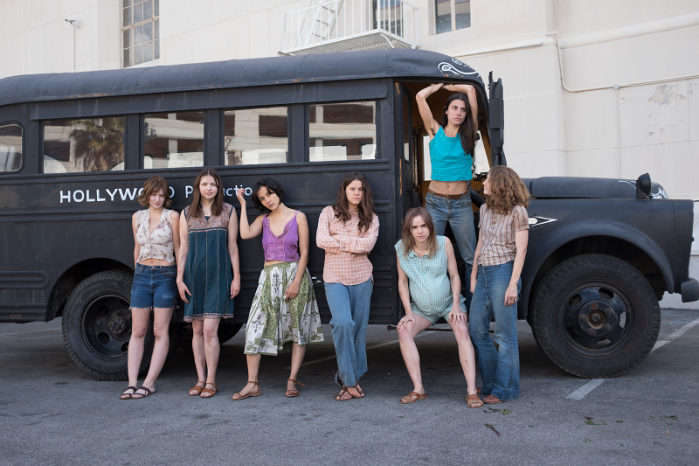 The story is told primarily through flashbacks, from the perspective of Leslie Van Houten (Hannah Murray), one of the women seduced by Manson’s (Matt Smith) mesmerizing psyche who is now imprisoned along with fellow cultists Patricia Krenwinkel (Sosie Bacon) and Susan Atkins (Marianne Rendón).  The audience is gradually shown the gut-wrenching progression of these young women from seemingly normal members of society to deranged murderers. As the viewer tries to gain a glimpse into the psychology of these women, they do so along with Karlene Faith (Merritt Wever), a graduate student specializing in criminology and sociology, who is spending time at the prison as an intern. Although virtually no one else has attempted to create a personal relationship with these women since their crimes and imprisonment, Faith is determined to commit her full effort and energy to connecting with them so that they may yet see the error of their ways.

With any narrative told through flashbacks, there is the risk of certain pitfalls. However, none of these issue plagued the story. The consistent time jumps back and forward align with the knowledge developed by Karlene Faith as she evaluates the psychology of the three women. Faith is able to connect the dots between certain occurrences and significant moments that resulted in the gradual downward spiral of the lives of Van Houten, Krenwinkel, and Atkins through discussions with the women about the events of the few years leading to their imprisonment. Manson welcomed them into his commune with open arms, preaching the stereotypical concepts of peace and love. He seemed to be a harmless individual, with a few radical ideas, like cutting himself off from society and living off the land. He had a charming, hypnotic aura. Thus, when Manson suggested activities of debauchery and sexual explicitness, the young women felt obliged to obey him. He advocated for self-love and saw himself as following the ways of God. To the other cultists, turning away from Manson meant turning away from God and their religion. Smith churns out a chilling performance as this demented psychopath, capturing all of Manson’s captivating magnetism, as well as his unbridled insanity and madness. This juxtaposition was startling and shocking, but it really painted a picture of his astonishing persona and eccentricity. It got to the point where Manson was able to convince the cult members of an impending apocalypse, to be catalyzed by a race war. This delusion stuck with the young women even as they were imprisoned for murder. They were shells of their former selves. Their past lives before coming into contact with Manson were effectively nonexistent. He had completely and utterly consumed their minds and spirits. 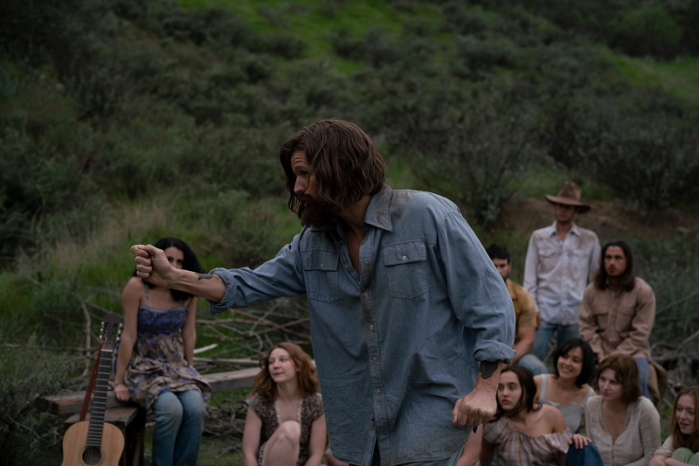 Unfortunately, with the overwhelming presence of Manson, the direction of the story feels somewhat inconsistent. The intention was to focus more directly on Van Houten and the other women impacted by Manson’s maniacal ways, but, in certain instances, they actually feel secondary to Manson’s narrative.  Concentrating the story on Van Houten, Krenwinkel, and Atkins, rather than Manson, was definitely a tremendously difficult task for the filmmakers to undertake, and they did indeed produce a decent enough effort. It was not wholly Manson’s story by any means; rather, there is almost an equal concentration on both sides of the equation when examined overall. However, for a story meant to be fixated on the three women above anything else, this symmetry takes away from its ultimate impact. This was a rare case in which a balanced story actually subtracts from the effectiveness of the final product. 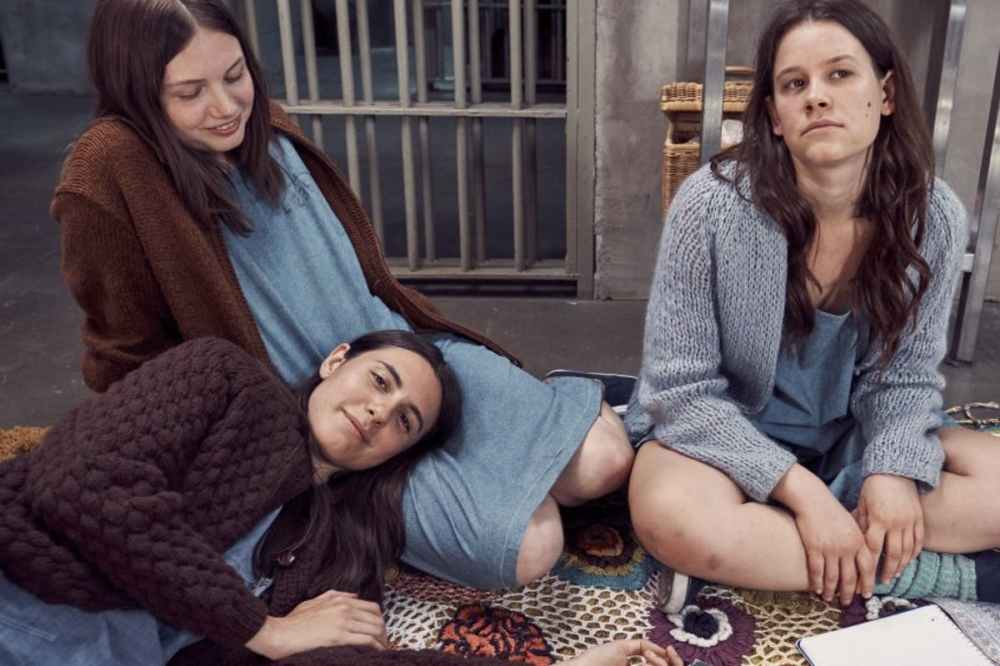 Still, certain elements of the film’s technical execution were enough to counteract some of the negative effects of the narrative’s lack of focus. The unique color palette and lighting styles further develop the evolving emotions and tones of the story. As the young women are shown in the prison, there is a dim, dark lighting effect, with bland, gray coloring that exemplified their loneliness and the harsh reality of their situation. Conversely, in the portions of the film taking place in the commune before their imprisonment, there is a softer, lighter glow, with an almost orange coloring, displaying the cult’s disconnect with reality. In the scene of the murders, the critical event which was the bridge between life in the commune and the prison for the cultists, there is a unique balance between the light and dark styles. This depicted the confusion of Van Houten and the others and their transition into a grim reality. Art director Patricia Klawonn is responsible for the subtle visual language and storytelling represented by these aspects of the film. The cinematography from DP Crille Forsberg also plays a role in this visual expression of the story, notably with the augmentation of Manson’s character as authoritative and dynamic. A variety of shot selections and photographic methods make him appear superior, dominant, and commanding. The appearance of the other cultists is inferior in comparison to their leader, the imposing and assertive Manson. 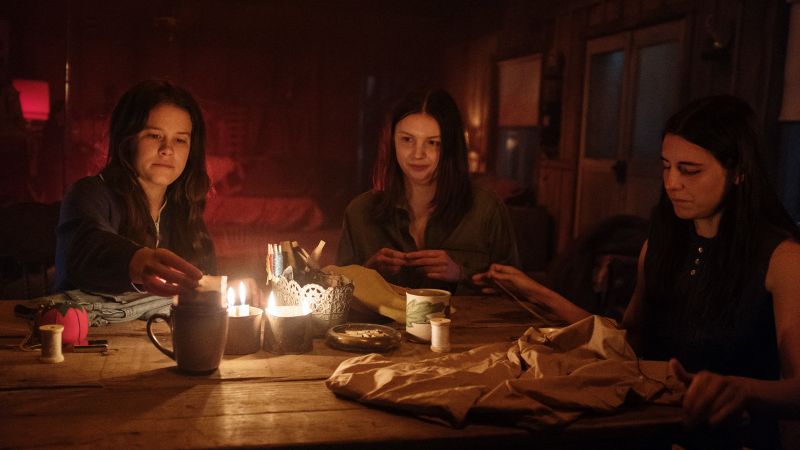 Additionally, the production design (Dins Danielsen), set decoration (Robert Gould), and costume design (Elizabeth Warn) are adequately handled, creating a believable recreation of 1960s American life in a commune. Yet, what really stands out is the rich soundtrack from the era, with songs from a wide range of artists from the period, including Charles Manson himself. The ambiance and atmosphere created by this music selection thrusts the viewer even deeper into the time period and setting of the film, thanks to the contributions of music supervisor Sean Fernald and music consultant Andy Paley.

Although the narrative Charlie Says has a difficult time flawlessly juggling the presence of Charles Manson and the perspectives of the three young women, a creditable effort is produced by the writers and filmmakers. The audience may walk away with a challenged view on the women’s involvement with Charles Manson. This is precisely the spark of conversation desired by director Mary Harron writer and Guinevere Turner. While perhaps not a crystal clear telling of the narrative, those involved with the film will likely be proud of the questions and discussions formulated by the story nevertheless. Just as the graduate student Karlene Faith desperately attempted to honestly understand the young women, the filmmakers hope that the audience may present this same open-minded approach and outlook. 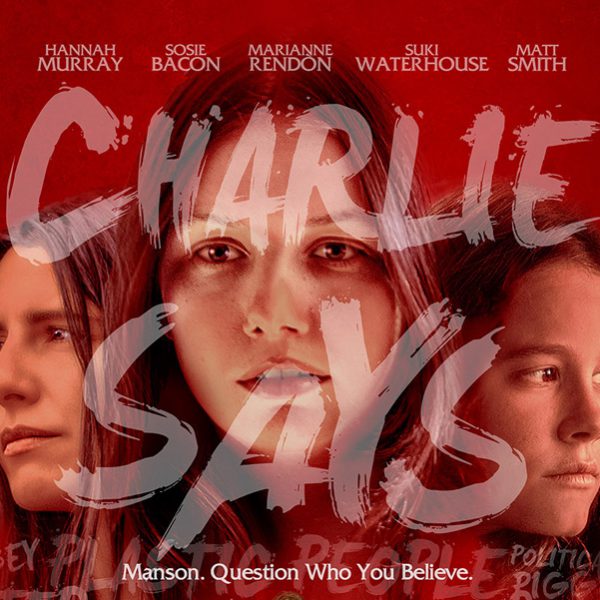