The plot for this film is so simple that it borders upon directionless. However, there is just enough narrative structure present, that the story can be considered acceptably coherent. Comedies which have stories so weak that the movie is basically a series of unconnected gags seem to be commonplace in the genre, but the architecture of this narrative is discernible, however faint it may be. Personally, I am glad that this was the case. I wanted to give this film a positive review from an objective perspective, but worried that I might be holding too tightly to my own subjectivity. Still, I think I can safely say that this is one of the most well-done comedies of the 1980s.

The uproariously hilarious cast is perfect. From Rodney Dangerfield’s over-the-top performance as the absurd businessman, Al Czervik, to Bill Murray’s ridiculous gopher-hunting and pro-golf-day-dreaming antics as Carl Spackler, to Chevy Chase’s idiosyncratic Ty Webb, the quirks and peculiarities of these characters keep reaching a new level of wildly entertaining foolishness. The one-liners, quips, and brief conversations are so very memorable and quotable, even nearly forty years after its original release. And of course, the slapstick! Sure, a lot of this humor is really cheap, but that was its intention. This film absolutely owns its adolescent, immature nature, and for that, I can place no blame upon it. It did not try to go any deeper or more profound than it needed to; it stayed in its lane, produced plenty of laughs, and had me amused from start to finish.

Additionally, forgetting about the soundtrack would be unforgivable. Anybody that brings in Kenny Loggins to write original songs knows exactly what they are doing. Adding in just a touch of Journey’s “Anyway You Want It” is magnificent supplementary material.

While there is nothing quite “riveting” in regard to its technical aspects, this film is shot and edited way better than is necessary. The golf course and country club have a satisfactory and recognizable aesthetic, the visual style of the character-focused scenes is handled with efficiency, and the narrative clips along at a consistently engaging pace that will keep your attention as the viewer. 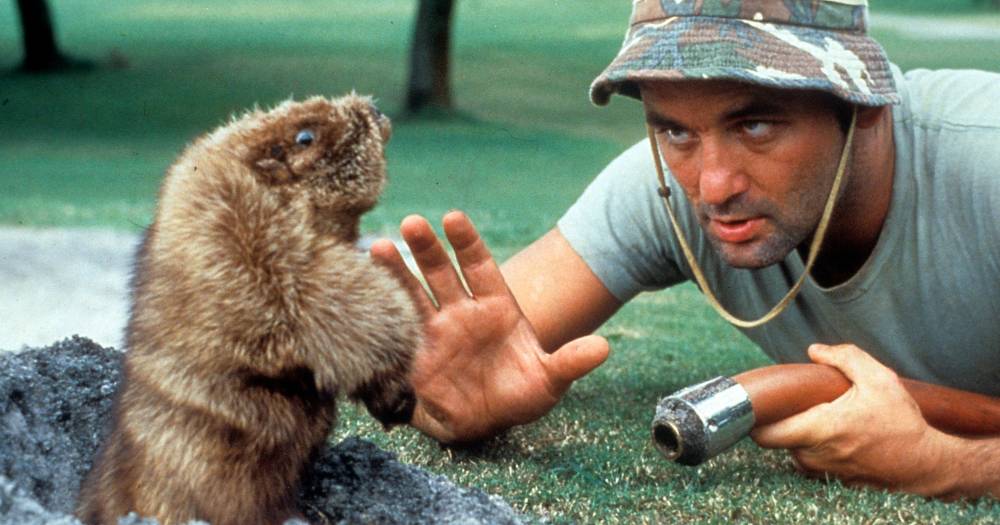 Caddyshack is the prime throwback comedy, with just enough plot direction, an abundance of buffoonery, and an awesome soundtrack that all mesh together excellently. It is not a film that will inspire you to change the world, or convict you to better yourself as an individual, but it will have you in stitches from beginning to end. And sometimes, that is all a movie needs to do.